Did you know they make crayons out of soybeans?

Did you know that they make crayons out of soybeans? 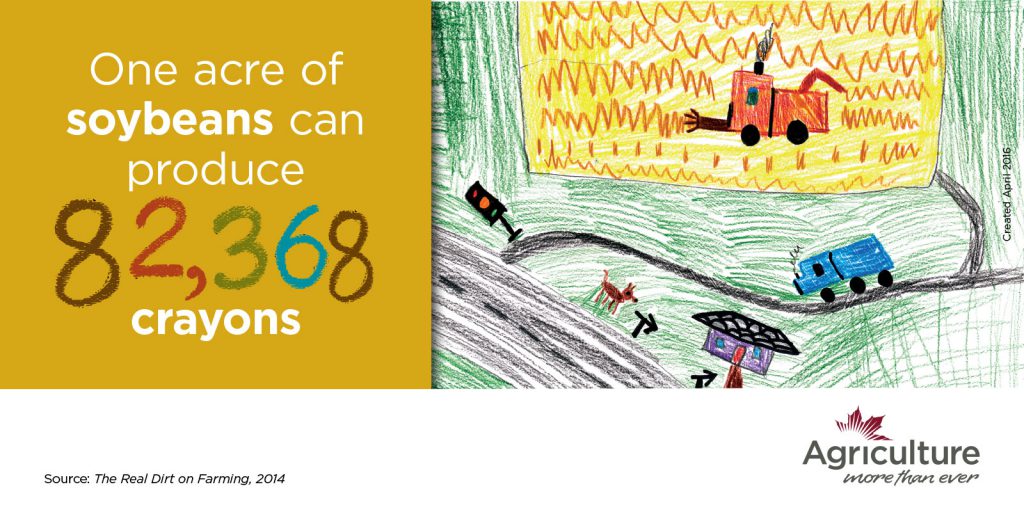 Did you know – the highest natural source of dietary fiber is the soybean?

We also found these other facts about Soybeans from FarmFlavor.

Soybeans have grown in familiarity with the rise of edamame and vegetarian-friendly soy products, but here are a few interesting facts about soybeans you might not know: