Mostly Dry Conditions Across the Province 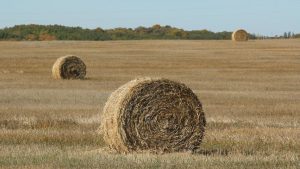 Haying is nearly complete and farmers are checking crops, and consequently preparing for harvest. While most of the hay crop is looking good, there have been some problems for others with heat.

While some areas are receiving small amounts of rainfall, most areas across the province remain dry. Some crops are experiencing damage from the heat. Other damage is resulting from flooding, hail, and some insect problems. The most commonly reported insects right now are grasshoppers, diamondback moths and aphids.

The Saskatchewan’s Farm and Ranch Water Infrastructure Program assists farmers and ranchers in developing sustainable water supplies for agricultural use. Due to this dry weather, the application deadline is now September 30, rather than August 1.

For the full report for this week click here.

Have a great day!