Driest July in 130 years, but not in the north!

This July, Saskatchewan is breaking high temperature and low moisture records across the southern part of the province. At the same time, parts of northern Saskatchewan have seen double their usual amount of rainfall. 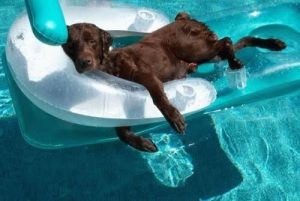 If you live in southern Saskatchewan, you’ve likely heard every possible joke about how hot or dry it is, in the last month.

“Regina saw its driest July in 130 years with only 1.8 millimetres of precipitation during the month. That makes it the second driest July on record, behind July 1887 when 1.5 millimetres of rain fell.” (Christy Climenhaga, CBC News). Moose Jaw also saw it’s driest on record for this month.

The heat has been creating all kinds of hazards. Farmers are concerned about taking equipment into extremely dry fields, as the risk of fire increases. Sask Power has been having some rather unusual difficulties. As the soil in some areas continues to lose moisture, the ground around houses compacts. This has resulted in multiple cases of electrical cables being pulled from the sides of houses, resulting in electrical fires. Sask Power has been addressing the issues and continuing to assess the situation.  Find out more from CBC here.

In the northern regions, Meadow Lake has experienced their second wettest spring on record. Most northern communities have received around 100 mm of rain or more. Hot weather is persisting across the province, consequently, the northern regions should see some relief from the rain soon.

Haying across the province is nearly complete. Most regions are reporting significantly lower than average hay crops.

Keep up to date with farmland news, and learn about the best opportunities for buying and selling Saskatchewan farmland! Contact Ted today at 306-327-7661 or ted@tedcawkwell.com to learn more.