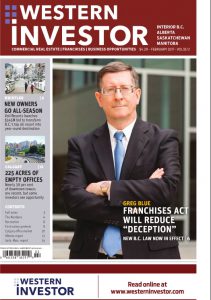 Not every big commercial deal happens in the big city.

A farm in the Tisdale area of Northeastern Saskatchewan recently sold for $26.5 million, making it one of the largest deals of its kind in the province’s history.

Sitting on 50 quarter-sections of land, the deal included all of the machinery, houses, grain storage and the crops in the field.

“That’s as lock, stock and barrel a transaction as you can get,” said Ted Cawkwell, agri-specialist with Re/Max Saskatoon, who brokered the deal. “All the seller wanted was one truck, a chest of tools and the televisions.”

While many sectors of the economy have cooled off in the last couple of years, Cawkwell said the farm business is brisk. Nearly two-thirds of the people who buy farms are investors, many of who live outside the province.

The relatively low price of farmland in Saskatchewan is one of the biggest demand drivers, Cawkwell said.

Farms are investments just like any other kind of real estate, and Cawkwell said land values in Saskatchewan doubled between 2010 and 2014. Investors are finding safety on the farms, he said.

“[Farmland] appreciates quickly and if you compare it to residential properties, there are no sinks to fix or leaky roofs to patch.”