It's a great industry and a great way of life. But these sisters say women in agriculture are still underappreciated: www.cbc.ca/1.4022074

Female producers state that “rural” is a vague term. March has been proclaimed Rural Woman’s month, but what does that mean?

“Growing up on their family’s farm south of Regina, Mary and Katelyn never thought about what a woman’s role on the farm was.”

“I think from a young age, we weren’t put into a box of what we should and shouldn’t be doing,” Duncan said.

“I think we were seen as a worker. A butt in the seat in the combine. So, I think having that open mind and opportunity to fill that role on our farming operation really gave us a lot of confidence.”

Above video and quotes borrowed from CBC as well as picture below. 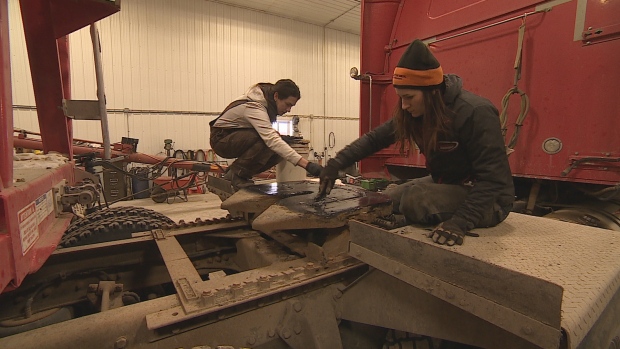