While most of Saskatchewan remains cold and wet, seeding time has arrived! 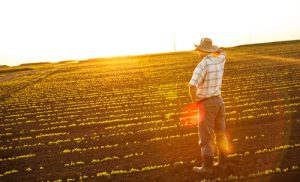 A very late, wet spring has allowed producers to seed 1% of the provincial crop so far. The southeast is leading the season where producers are reporting that they have been able to seed 3% of the crop. In the southwest, producers have 2% seeded. The rest of the province is just beginning. Some producers are waiting to get into the fields, while others are still harvesting crops left out from last year.

The 2016 seeding season was almost the complete opposite to what we’ve seen this year! The spring came early and the weather across much of the province began warm and dry. The Saskatchewan Crop Report notes that for this same week last year, “An early spring combined with warm and dry weather allowed producers to seed 15 per cent of the 2016 crop. Most areas were reporting that topsoil moisture was adequate-to-short for both cropland and hay and pasture land.”

While most of the fields remain extremely wet, producers in the South have started with pulse crops and cereals. Estimates say that a million acres of last year’s crop still remains unharvested. Continuing precipitation and lodged crops will present ongoing challenges for many. However, there’s always work to be done on the farm, and the weather is sure to change again soon!

For more information about seeding details, go to the latest Saskatchewan Crop Report.